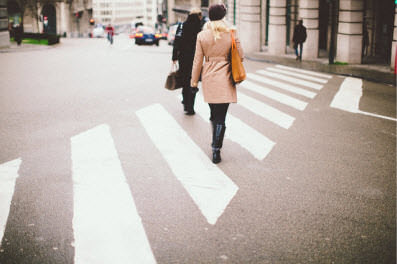 If the preliminary estimates are correct, 2016 would be the first time in 20 years the total annual number has hit 6,000. Delaware is on the same track. According to the report, the number of Delaware pedestrian accident deaths reported in 2016 is also likely to increase.

The report compared the number of fatal pedestrian accidents in the first 6 months (January through June) of 2015 and 2016.

Where Do Pedestrian Accidents Happen?

Pedestrians who are injured in accidents while crossing a street in Delaware often have legal rights to receive compensation via PIP (personal injury protection) claims. In addition, a lawsuit or claim may be filed against the driver of the striking vehicle, and there may be financial recovery for any claims not paid by PIP, which include medical bills and lost wages. An injured pedestrian may also be able to receive compensation for pain and suffering.

For over 25 years, Knepper & Stratton has helped individuals injured in car and pedestrian accidents in Delaware. With offices located in Wilmington, Dover and Newark, our firm is equipped to handle pedestrian accident cases throughout the state. Call for a free consultation. (302) 658-1717