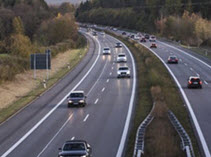 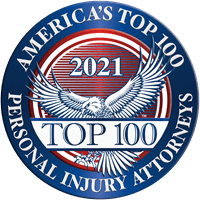 The Wilmington, Dover, Newark and Middletown auto accident injury lawyers of Knepper & Stratton help individuals who have been seriously injured in motor vehicle accidents in Delaware.

Our lawyers will assist you in successfully making your Delaware uninsured/underinsured motorist coverage claim against your Delaware insurance company. Uninsured/underinsured personal injury cases are usually accepted on a contingency-fee basis, which means clients pay no attorneys fees unless we recover money for them. If you have been injured due to another’s negligent or reckless conduct in Delaware, call (302)658-1717 in New Castle County or (302)736-5500 in Kent or Sussex Counties for a Free Initial Consultation.

When a driver refuses or inadvertently does not carry proper motor vehicle insurance, that driver puts more than just him- or herself at risk. If that driver injures another person in Delaware, there will not be insurance to cover the damages. Injured parties, however, may be covered by their own car insurance policies; uninsured and underinsured motorist coverage protects car accident victims in these cases. If you have been involved in a car accident with an uninsured or underinsured driver, it is important to contact an attorney to create a plan of action.

The State of Delaware requires all vehicle owners to carry automobile insurance. However, if the driver who injured you or your passenger did not have car insurance or you were hurt in a hit-and-run accident with an unidentified vehicle, making it impossible to identify the driver at all, you may have an uninsured motorist claim on your own car insurance policy. 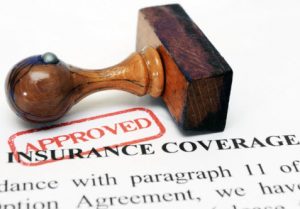 What happens when losses from an auto accident in Delaware exceed the defendant’s insurance limits?

To recover benefits under a Delaware uninsured or underinsured motorist policy, the victim typically needs to show that the other motorist was at fault for the car accident. The victim will also need to prove that his or her bodily injuries were caused by the negligence of the uninsured or underinsured driver in the auto accident. To collect damages under the Delaware underinsured motorist coverage policy, the victim first needs to exhaust the policy limits of the at-fault driver’s car insurance company. This is why it is so important to work with an experienced Delaware attorney such as the Delaware personal injury lawyers at the Delaware law firm of Knepper & Stratton. Call the Delaware law firm of Knepper & Stratton at (302)658-1717 in New Castle County or (302)736-5500 in Kent or Sussex Counties.

Delaware uninsured and underinsured motorist coverage protects auto accident victims when they are most vulnerable. Most every Delaware auto insurance policy has uninsured motorist coverage, however, the insured victim’s approach to the situation can change the level of uninsured/underinsured compensation he or she receives. Indeed, in Delaware you cannot make a claim for underinsured motorist coverage benefits if you settle your underlying claim prematurely with the at-fault motorist’s car insurance company without exhausting all the liability insurance coverage available under that policy. This is why it is so important to work with an experienced Delaware personal injury lawyer such as the attorneys at Knepper & Stratton. Call a car accident injury lawyer at the Delaware law firm of Knepper & Stratton at (302)658-1717 in New Castle County or (302)736-5500 in Kent or Sussex Counties.