As used in this subchapter:

(2) “Parent” includes the mother and father of a deceased illegitimate child.

(3) “Person” includes an individual, receiver, trustee, guardian, executor, administrator, fiduciary or representative of any kind, or any partnership, firm, association, public or private corporation, or any other entity.

(4) “Sibling” means brothers and sisters of the whole and half blood or by order of adoption.

(5) “Wrongful act” means an act, neglect or default including a felonious act which would have entitled the party injured to maintain an action and recover damages if death had not ensued.

(a) An action may be maintained against a person whose wrongful act causes the death of another.

(b) If the death of a person was caused by a wrongful act, neglect or default of a vessel, an action in rem may be maintained against the vessel.

(c) If a person whose wrongful act caused the death of another dies before an action under this section is commenced, the action may be maintained against a personal representative.

§ 3723. Wrongful act occurring outside of Delaware.

(a) An action under this subchapter shall be for the benefit of the spouse, parent, child and siblings of the deceased person.

(b) If there are no persons who qualify under subsection (a) of this section, an action shall be for the benefit of any person related to the deceased person by blood or marriage.

(c) In an action under this subchapter, damages may be awarded to the beneficiaries proportioned to the injury resulting from the wrongful death. The amount recovered shall be divided among the beneficiaries in shares directed by the verdict.

(1) Deprivation of the expectation of pecuniary benefits to the beneficiary or beneficiaries that would have resulted from the continued life of the deceased;

(2) Loss of contributions for support;

(3) Loss of parental, marital and household services, including the reasonable cost of providing for the care of minor children;

(e) Only 1 action under the subchapter lies in respect to the death of a person.

(1) Has been judicially determined to be the father; or

a. Has acknowledged himself, in writing, to be the father; or

b. Has openly and notoriously recognized the person to be his child; or

c. Has subsequently married the mother and has acknowledged himself, orally or in writing, to be the father.

The purpose of this subchapter is to permit the recovery of damages not limited to pecuniary losses by persons injured as the result of the death of another person. ( 63 Del. Laws, c. 256, § 4.; ) 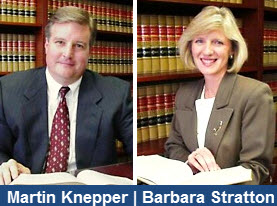