Statute of Limitations for Claims Against At-Fault, Negligent Drivers

No action for the recovery of damages upon a claim for alleged personal injuries shall be brought after the expiration of 2 years from the date upon which it is claimed that such alleged injuries were sustained; subject, however, to the provisions of § 8127 of this title. 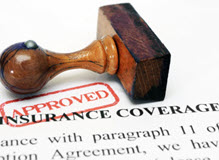 Statute of Limitations for Claims Against Car Insurance Companies

In terms of the statute of limitations, legal claims filed against a car insurance company are treated differently than claims against an at-fault or negligent party, like a driver. That’s because these claims are contractual in nature, i.e., based on the car insurance policy.

Second, there’s a bad faith lawsuit. Under Delaware law, an insurance company has a duty to act in good faith and deal fairly when handling and processing a claim. This applies to all insurance claims related to car accidents, which can include property damage claims, PIP or Personal Injury Protection claims and Uninsured or Underinsured Motorist Coverage claims. In most cases, these types of claims are filed with the insurance company of the injured party, although there are exceptions.

Example: Injured Plaintiff (P) filed a lawsuit after a car accident with Negligent Driver (D) who was insured with ABC Insurance (ABC). P sustained major injuries and damages totaling $100,000. D had a minimal limits policy with $25,000 in coverage. P’s attorney tried to obtain the $25,000 from ABC, which ABC declined. After a jury trial, P was awarded well over the $25,000 available under D’s policy. As a result, P could file a separate lawsuit against ABC alleging bad faith for failing to settle the claim for $25,000.

Need Help After a Car Accident in Wilmington & Dover?

Contact our Delaware car accident lawyers for a FREE consultation. We handle auto insurance claims in Delaware such as PIP claims, UIM/UM claims and auto accident lawsuits against at-fault parties.