DUI Auto Accidents in Delaware During the Holiday Months

DUI accidents in Delaware do not necessarily increase during the holiday months. Data from the Delaware Office of Highway Safety (OHS) actually shows that DUI accidents peak during the summer months. However, during the holidays, there are certainly more opportunities for drivers to drink and drive. Holiday parties, family events, etc., increase the chances of getting behind the wheel while under the influence of alcohol. 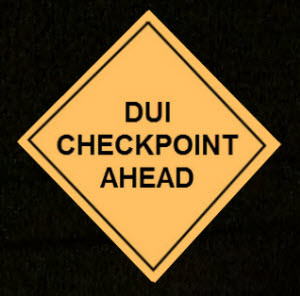 DUI accidents in Delaware are a major concern. According to the most recent data from the OHS, there were nearly 4,000 DUI arrests in 2015 and 29 DUI fatalities.

In an effort to decrease the number of DUI accidents and deaths, the Delaware OHS conducts an annual DUI checkpoint program, Checkpoint Strikeforce, which continues through the holiday season and during peak DUI months, such as June, July and August. To receive the latest checkpoint locations, text “CHECKPOINT” to 99000 (operated by the DE OHS).

Innocent drivers, passengers and pedestrians who are injured in DUI or traffic accidents in Delaware have legal rights to receive compensation which includes PIP claims and tort claims.

Individuals who are injured in a DUI accident may make PIP claims for medical bills and lost wages. However, under Delaware PIP law, the individual’s status (driver, passenger or pedestrian) affects how the claims are made, i.e., which auto insurance company pays PIP benefits. For instance, a pedestrian who is hit by a car which is registered and insured in Delaware may make a PIP claim under the striking car’s auto insurance policy, rather than their own auto insurance policy. PIP law in Delaware is very complex. If you’ve been injured in a traffic accident in Delaware, be sure to speak to a car accident lawyer immediately to understand your PIP rights.

A tort or injury lawsuit may be filed against the at-fault DUI driver. Common claims for financial compensation include medical bills and lost wages which exceed PIP and pain and suffering, i.e., the physical pain and mental or emotional anguish caused by the accident and injuries. In addition, claims may be made for various out of pocket expenses or incidentals.

One issue that often arises in a DUI accident lawsuit is whether another party, such as a local bar/restaurant or an individual who threw a party, can be held liable. This is known as dram shop liability and social host liability, respectively.

Unfortunately, Delaware courts do not impose either dram shop liability or social host liability. Unlike neighboring states, such as Pennsylvania and New Jersey, bars and restaurants in Delaware are not liable for negligence when serving alcohol to a patron who later causes a DUI accident. Likewise, private individuals who throw parties and serve alcohol to guests are generally not liable.

Our car accident lawyers have been representing residents of Wilmington, Newark and Dover for 30+ years. Call our office for a free consultation. (302) 658-1717